Gina Barreca has appeared, often as a repeat guest, on 20/20, The Today Show, CNN, the BBC, NPR and, yes, on Oprah to discuss gender, power, politics, and humor. Her earlier books include the bestselling They Used to Call Me Snow White But I Drifted: Women’s Strategic Use of Humor, It’s Not That I’m Bitter, or How I Learned to Stop Worrying About Visible Panty Lines and Conquered the World, and Babes in Boyland: A Personal History of Coeducation in the Ivy League. Her latest books are part of a series she’s editing on FAST WOMEN for Woodhall Press; these including FAST FUNNY WOMEN: 75 Essays of Flash Nonfiction (2021), FAST FIERCE WOMEN (2022), and FAST FALLEN WOMEN ( forthcoming in 2023). Of the other seven books she’s written or co-written, several have been translated into to other languages–including Chinese, Spanish, Japanese, Portuguese and German.  Called “smart and funny” by People magazine and “Very, very funny. For a woman,” by Dave Barry, Gina was deemed a “feminist humor maven” by Ms. Magazine. Novelist Wally Lamb said “Barreca’s prose, in equal measures, is hilarious and humane.”

Gina’s work has appeared in most major publications, including The New York Times, The Independent of London, The Chronicle of Higher Education, Cosmopolitan, and The Harvard Business Review; her blog for Psychology Today has well over 7.5 million views. Board of Trustees Distinguished Professor of English at the University of Connecticut, Gina’s also the winner of UConn’s highest award for excellence in teaching. She’s delivered keynotes at events organized by national organizations in the U.S. and abroad, including Women In Federal Law Enforcement, Chautauqua, The Smithsonian, Women in Science, the American Payroll Association, the National Association of Independent Schools, the AFL-CIO, The Chicago Humanities Festival, and the National Speaker’s Association, to name a few. 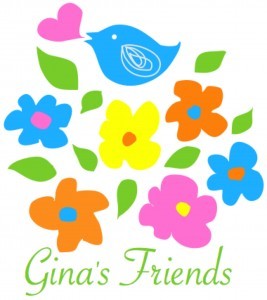